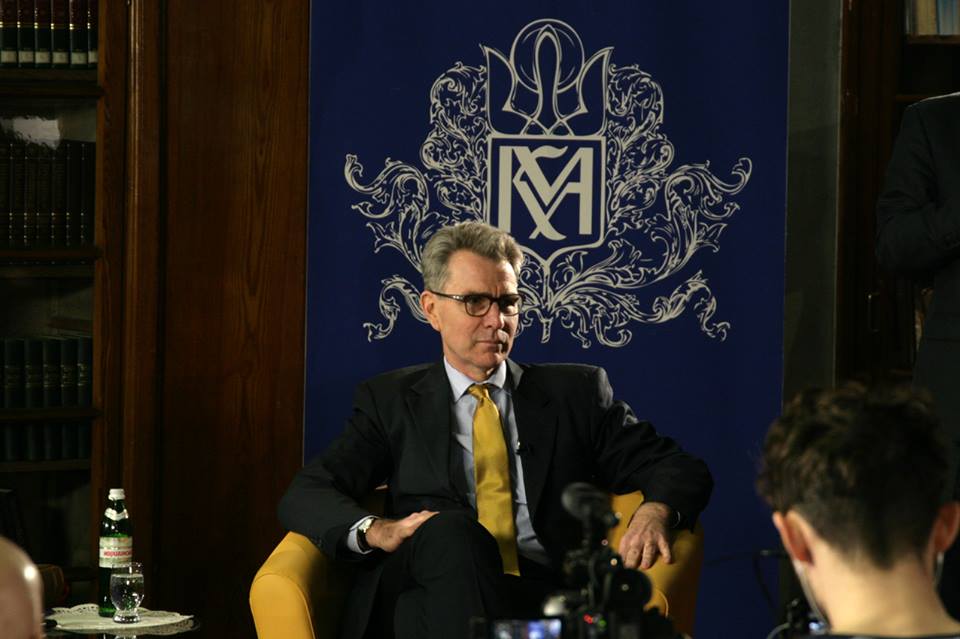 NaUKMA President, Andriy Meleshevych, thanked Mr. Ambassador for his support of Ukraine in such turbulent times and presented him a commemorative coi

ns issued by the National Bank for the 400th anniversary of the Academy.

President of the KMA Alumni Association, Vitali Shaposhnikov, highlighted the role of Kyiv-Mohyla Academy graduates in Ukrainian society from the beginning of the Academy till nowadays. "Ubiquity and leadership are two concepts that characterize our graduates for centuries, - he said. - We are united by a sense of responsibility to lead Ukraine to success."

The moderator of the meeting, journalist Andrei Kulikov, thanked for this opportunity by saying: "I am not often involved in meetings where both sides represent outstanding personalities. So I will mostly keep silent."

During the meeting, Geoffrey R. Pyatt said that we should be cautious while trying to predict events in Ukraine, since many changes happened in recent years, which no one could even think about before: one of the most honest elections, young people in the Government and reforms in various spheres. In this context, US policy should support Ukrainian people. "You have everything 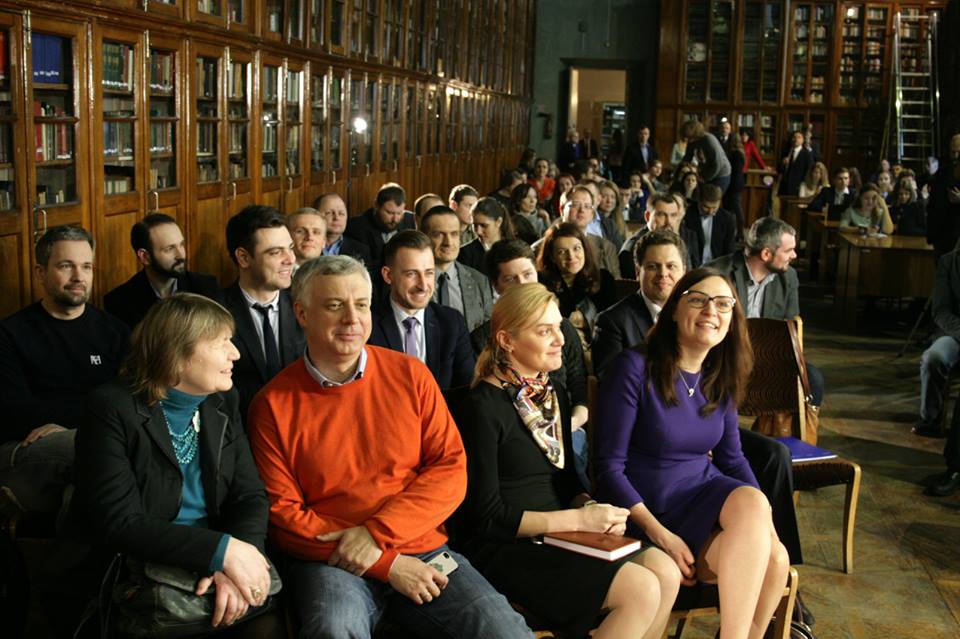 in order to be a successful country: natural resources and human potential. Have confidence in what you do and do not give up," - the Ambassador said.

The dialogue with Mr. Pyatt continued for a couple of hours. The Ambassador answered questions from Verkhovna Rada deputy Tetyana Ostrikova, Deputy Minister of Economic Development and Trade of Ukraine Yulia Kovaliv, a member of ICITAP (International Criminal Investigative Training Assistance Program) Bogodar Kuznetsov and many others.

The conversation touched upon Ambassador’s opinion about the prospects of Ukraine on the international arena, Ukraine-USA cooperation in various fields, ways of reforming the state system, a vision of events in the Eastern Ukraine and even the question of language.


Media partner of meeting: Hromadske TV.
Live broadcast record can be found at hromadske.tv
Photo gallery can be viewed here