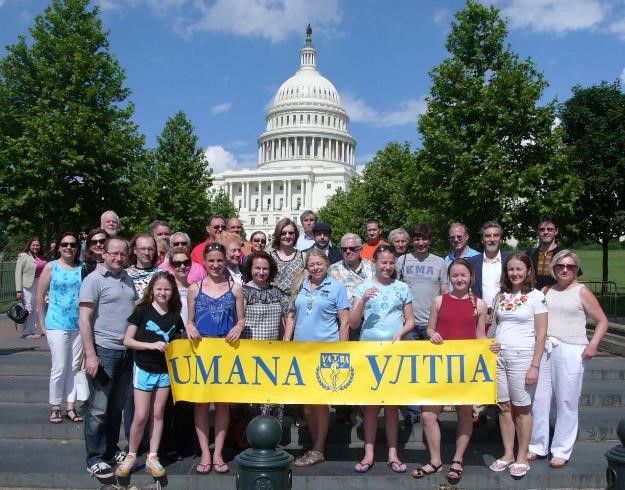 UMANA organizes its congresses every two years to discuss new research in different spheres of medicine. UMANA provides real help to people affected by war in Ukraine: fundraises to support affected individuals in need of medical help; arranges rehabilitation of Ukrainian soldiers in US hospitals; supports Ukrainian NGOs and universities. 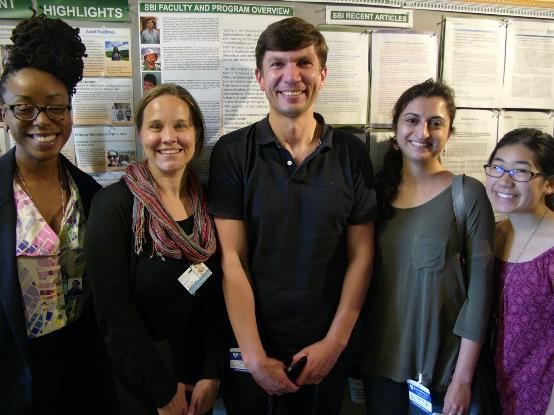 Sergiy Bogdanov delivered the presentation, "Psychological support of school children in the east of Ukraine: scientific evidence". The goal was to show the context in which families live in eastern Ukraine, the programmes developed and provided by the NaUKMA Centre for Mental Health and Psychosocial Support for effective support, and the research work in this area by the NaUKMA Centre for Mental Health and Psychological support. Dr. Namrita Singh from Johns Hopkins University has also participated in the panel and presented other joint research activities of NaUKMA Center and JHU aimed to implement in Ukraine mental health program for adult IDP and ATO veterans. 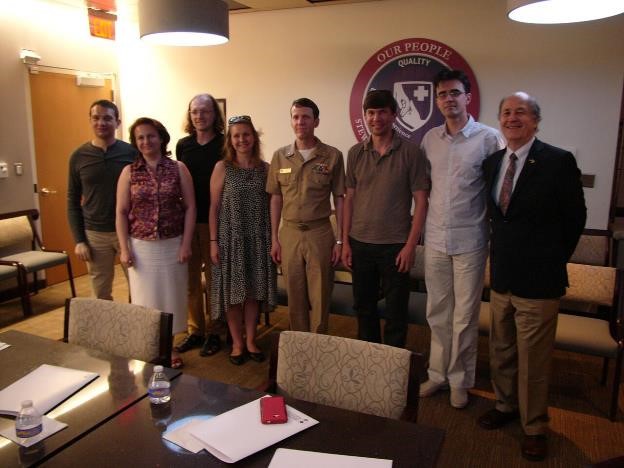 Researches show that general psychological situation in eastern Ukraine is quite tense: most of children experienced different types of traumatic events that caused significant psychosocial stress level.  25% of children show high levels of post traumatic distress and only 10% have not personally witnessed the war. Stress impact should be discuss in broader context of conflict dynamic and local culture.  Psychosocial support programs for children in the East of Ukraine should respond to various level: personal, family and community. 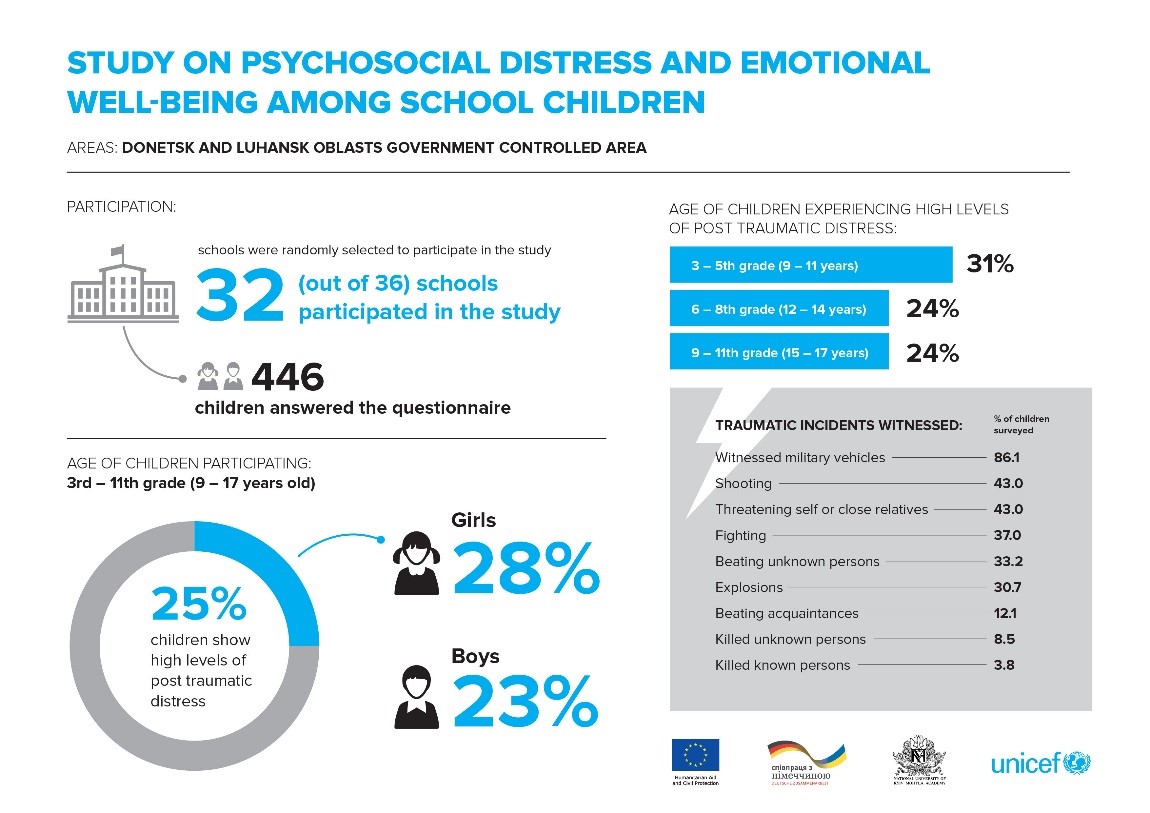 Programme developed by the NaUKMA Centre for Mental Health and Psychosocial Support with support and cooperation with UNICEF, Ministry of Education and other partners was built on the above aspects.

As a result trained teachers have positively influenced children's attitude to their class and education process in general. Teachers have not influenced level of traumatic stress, but school psychologists helped those children effectively reducing traumatic stress by 4 times. And only 8% of children who have stronger symptoms of PTSD, depression, anxiety had to be redirected to psychotherapy services outside of school. 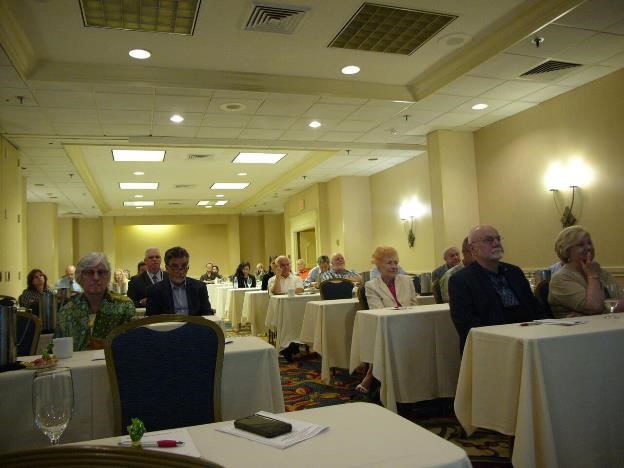 International experts of UNICEF Mike Wessels and Chris Talbot have highly evaluated the effectiveness of the project "The testimony of students, teachers, trainers, psychologists and ministry officials was overwhelmingly positive, that the project achieved extraordinary outcomes for children: medium-term behaviour and attitude change that met the needs, protected and enriched the lives of hundreds of thousands of children and thousands of teachers

Student-teacher relationships were markedly improved, and the school environment became much more supportive and friendly for children.

In many cases these outcomes were described as life-changing, as people rediscovered hope for the future. Notable changes occurred in host community children's acceptance and welcome of internally displaced (IDP) children, and in the openness of IDP children to friendship with their hosts".